© 2017 Nelson Diaz
ANIMATION AND ILLUSTRATION FOR ALL. - SKETCHIN' ALL DAY. ERY DAY.

Working with the art director and his team I designed and animated this spot featuring two rival jack-o-lanterns who have a scare off. The inspiration for the spot was Edward Gorey’s marvelously cross hatched illustrations of the macabre. In the end his influence ended up featuring more prominently in the background, and we kept the cross hatching off the pumpkins themselves for clarity. The coloring was done with a watercolor brush in photoshop, which turned out great, but took entirely too long production wise.

The entire spot was animated in Adobe Flash (before it became Adobe Animate) and was colored in photoshop using animation layers. The whole spot was then composited in After effects. 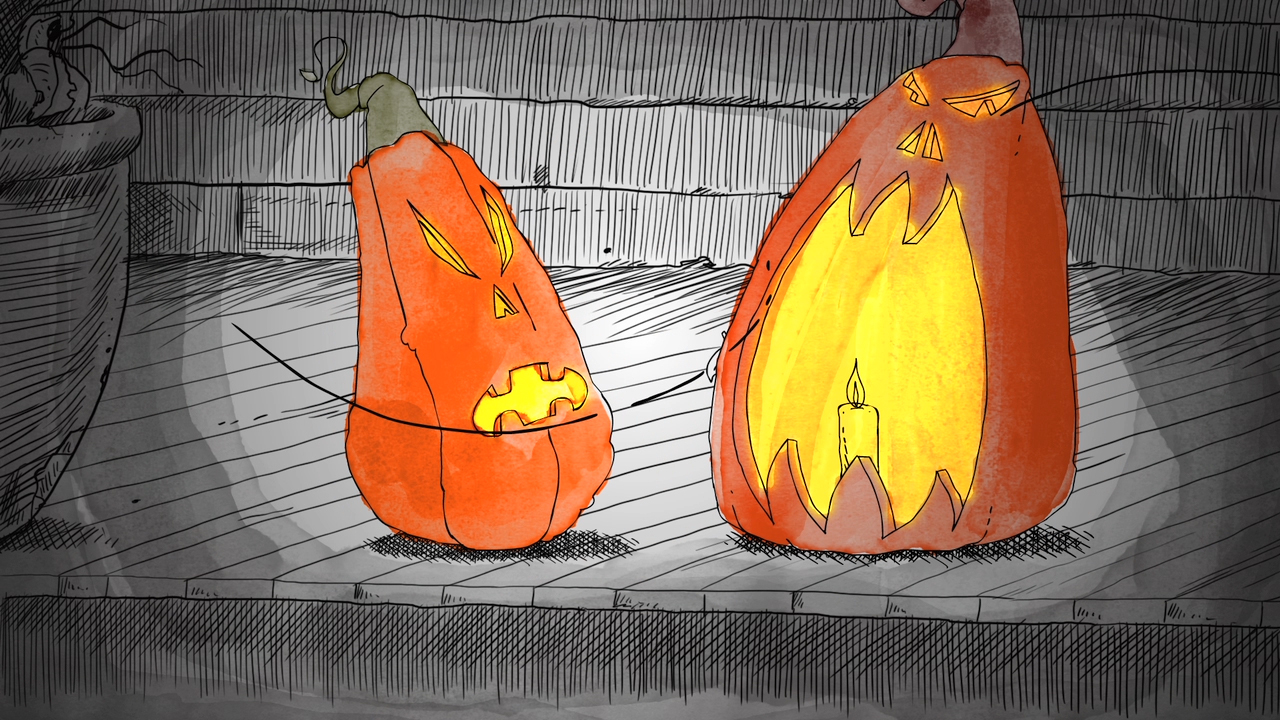